Are you one of the many singles who is always complaining about online dating? You can't meet their match via the traditional methods, because online dating apps have become so prevalent. So you try an app too, but find it to be shallow and not really relevant to finding a serious partner. Sure, it's great if you want to find a hook up, and there are some success stories, but it doesn't seem to exactly be the norm. Well, there is one study that shows that people who use Tinder are indeed suffering some ill effects.

performed on Tinder users revealed that both men and women who use the app regularly have a more negative perception of their body image than those who don't. Men using the app had overall lower self-esteem in general. Not only did it affect how they felt about themselves, but in a follow-up study, it was revealed that app users found they had more negative emotions in general. Both studies of around 1,300 college students were performed by Jessica Strubel and Trent Petrie at The University of North Texas. Strubel suggests that using apps like Tinder may dehumanize the dating process, causing people to become overly critical of their physical looks, since that's what success on the app is mainly based on.

Marriage-Minded but Good for Hookups

While there are some couples out there who met by chance on Tinder or similar apps, most people assume that it is really for casual dating and hooking up. A survey performed by Tinder itself showed that people who use the app were more likely to be looking for a committed relationship than people who don't use online dating. It sounds like the app's members may be looking for commitment in a hookup spot. That may be why so many singles end up feeling frustrated.

What Can You Do?

If you're feeling low because swiping makes you feel bad, the solution is to try something new. Online dating is the norm at this point, so maybe it's time to go back to more traditional methods. You deserve to be happy, and if online dating isn't getting you there, getting set up through friends and family or using a matchmaker could be just what you need. Meeting people through these methods seems old school, but it's so retro that it is becoming hip again. Remember -- these are the dating methods that have worked for millennia!

Make Me a Match! 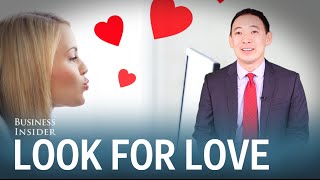 The Beginning of a Beautiful Journey

Looking for love during the COVID pandemic

How Coronavirus Is Changing the Dating Game for the Better

Make Me a Match! 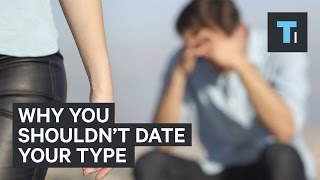 A dating expert reveals why you shouldn't date your type 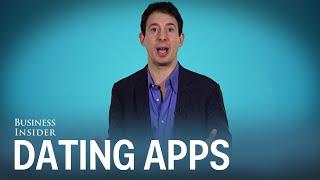 The paradox of choice — how dating apps are ruining dating